A bit of gameplay with a presentation of Santo Ileso 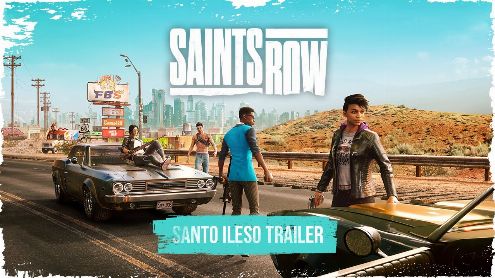 Its official announcement during Opening Night Live didn’t really show what it was like, the new Saints Row is now making amends with much more than cinematics.

Until now, you had to rely on the impressions of our dear Rami. Oh, we have every confidence in him, but it is true that it is better to have a real glimpse to form a better opinion. Good thing: Volition has decided to release a video of more than 7 minutes taking us directly into the town of Saints Row.

For this video showing Santo Ileso, a new playground replacing Steelport, we find Bryce Charles in the desert. The one who will play The Boss, the main protagonist of this new gang war, reminds us that the action will take place in the American Southwest before giving way to the developers who tell why the license needed a reboot and how they thought about it. new world. And you will have the chance to catch a glimpse of some very muscular gameplay clips, which tell us that Saints Row will be Saints Row.

Here’s a rundown of what to expect:

Witness the birth of the Saints: Play an action-packed game featuring an original story full of crime, extraordinary scenes and other humorous surprises.

Discover a wild, strange and deadly city: Immerse yourself in Santo Ileso, the largest playground that Saints Row has known, spread over nine unique neighborhoods surrounded by the immense and majestic desert of the Southwest. Build your criminal empire: Take control of the city quarter by quarter, wage war against enemy factions and tighten your grip on the streets with your ingenious criminal organization.

Gunshots. LOTS OF FIRE! : Fire the revolver without hands, sort it out with the rocket launcher, or opt for the body corps with heavy mullet weapons to violently take down your attackers. A wide variety of weapons, exotic and familiar, all customizable, and really deadly, will be at your disposal.

Take control of the city, from the streets to the sky: Travel through urban and desert environments aboard cars, bikes, airplanes, helicopters, ADAVs, hoverbikes, hoverboards, karts or put on your wingsuit.

Unprecedented customization: Create the Boss of your dreams, using the most advanced character edit mode the franchise has ever seen, and complete your look with fabulous options for your weapons and cars.

A Co-Op mode: Discover the two of you, anytime, using a cooperative system that allows you to join or leave the action without restarting the game. Play nicely between you, or get your friend. After all, who is the Boss?