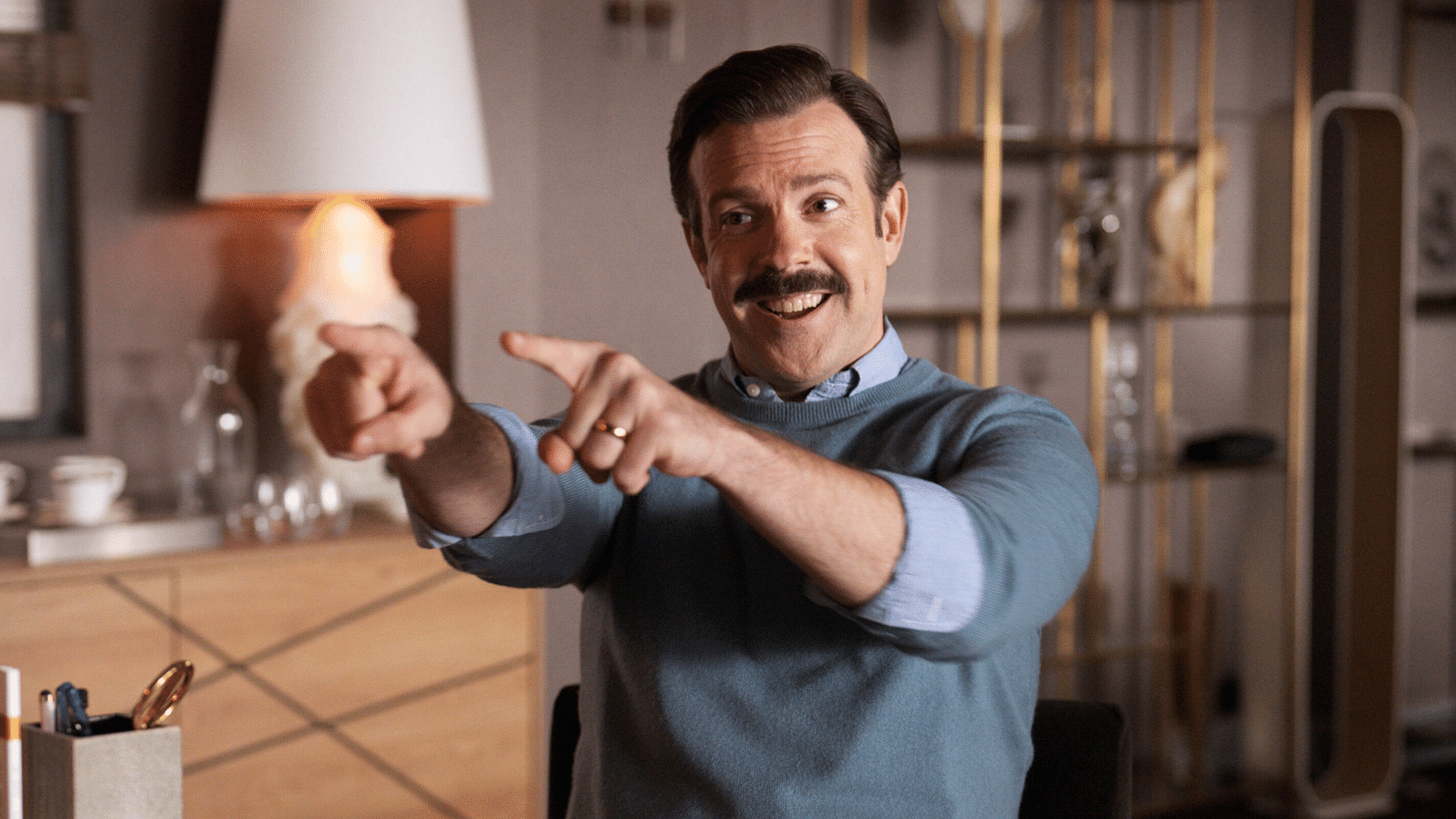 Jason Sudeikis has stepped in front of a scanner to have his likeness added into an unknown video game. Whatever that game may be, we do know he’ll be making this appearance as the titular character of the Apple TV Plus original Ted Lasso, as confirmed by the show’s official Twitter account last night.

Captioned with a cheeky Mario related pun referring to Ted Lasso being a fish out of water in the UK and not being able to get around its subway system, everyone’s favorite not-quite-a-soccer-coach is about to cross mediums.

While a big ability of Lasso’s is to rally people to believe in a common goal, it’s safe to say it’s hardly a superpower capable of making the cut in Fornite’s multiverse, what with the likes of Dragon Ball’s strongest warriors and Destiny 2’s guardians being some of the more recent additions. Also, there’s that highly publicized Apple vs Epic Games suit, so we can almost definitely rule that out.

A more realistic option, given Ted Lasso is a show about football, would be FIFA 22, which would mark an interesting collaboration between Apple and EA Games, considering takeover talks of the latter fell through earlier this month. Perhaps Lasso’s inclusion in a FIFA game is a proverbial business-to-business olive branch following a failed mergers & acquisitions bid.

If this is the case, we can hopefully look forward to seeing the rest of the lovable AFC Richmond squad on the virtual pitch, ideally pre Roy Kent’s retirement so we can slide tackle everyone in sight for the fun of it and imagine the fan favorite character muttering obscenities under his breath.

The cast and crew of Ted Lasso walked away with a generous number of Emmys last week, and season three of the award-winning show is on the way. However, season four is still up in the air.