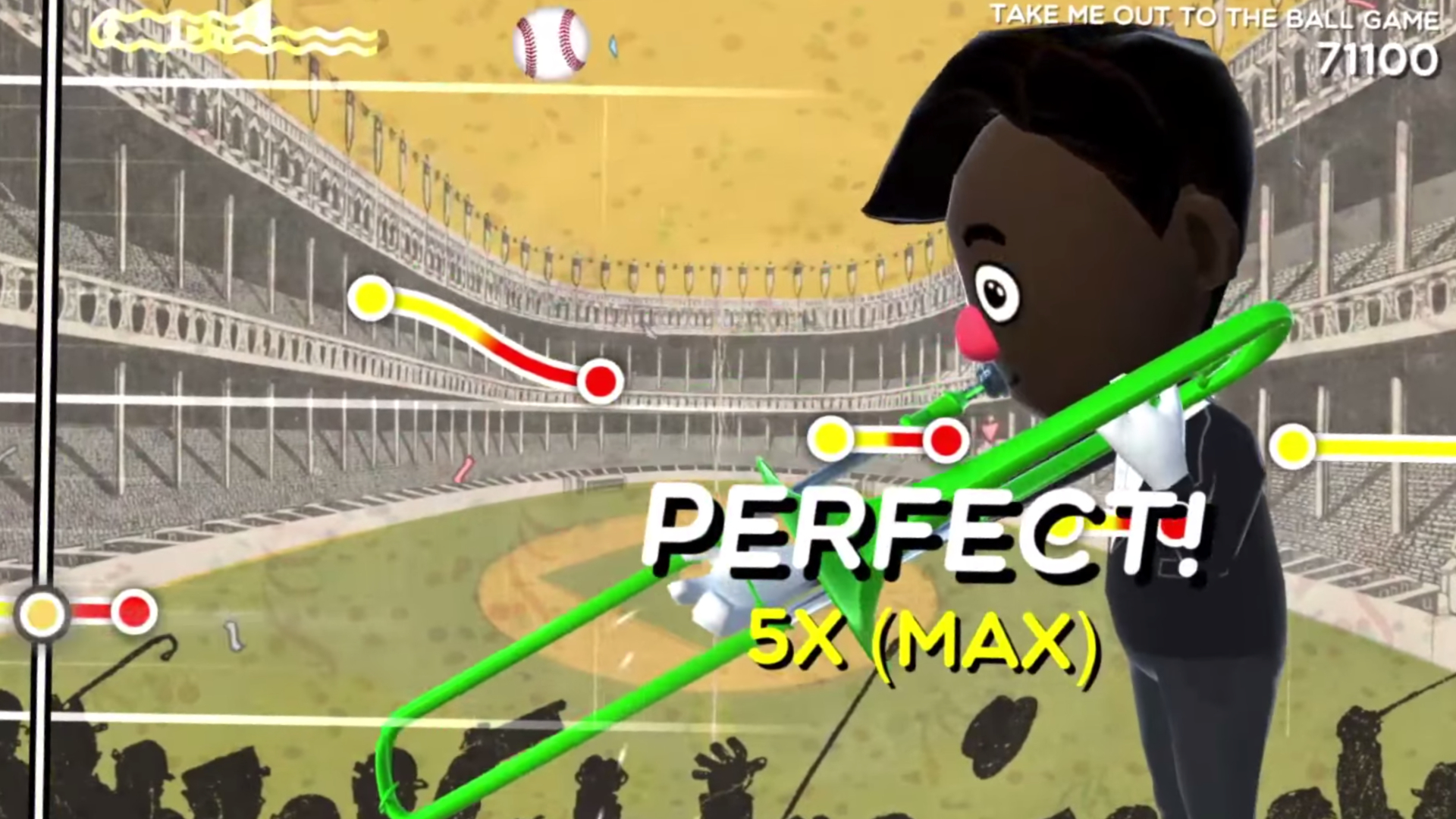 A goofy new rhythm game is hard at work butchering the classics.

Billed as “the world’s first trombone-based rhythm music game,” Trombone Champ is poised to be an instant hit. It’s already turning heads, less than a week following its release, and shows clear potential to become a lasting favorite. The game follows a similar format to games like Guitar Hero or Rock Band, allowing users to “live” the experience of a musician through their computer screens, but shifts the formula just enough to provide something brand new.

On the game’s Steam page, details about the title paint a strange but hilarious picture. The game doesn’t offer up the same gentle approach as games like Guitar Hero, instead allowing users to have access to their trombone’s full range of notes at all times. This means that every missed note or extra “toot” will ring loud and clear, ruining any rhythm or tone players are going for. It also guarantees a good time, as players fumble their way through a range of classics, anthems, and well-known marches.

A number of the game’s features reinforce its goofy, off-beat nature, with options to adjust the number of “baboons” in each scene, as well as collect special cards and “uncover the secrets of the Trombiverse and become the True Trombone Champ.”

The game paints a flattering picture of itself on Steam, where its trailer showcases a uniquely talented player dazzling their way through a relatively simple, but no less amusing, track. On social media, people have started to share their own attempts at the musical game, and the results are far less impressive. In fact, the footage circulating so far seems to indicate that Trombone Champ is well on its way to ruining a number of longtime favorite musical numbers.

The painful, criminal treatment of some of music’s most immortal tracks seems to be the secret behind Trombone Champ‘s instant success. Twitter is already flooded with examples of the “absolutely out of this world god tier” game, as users take on indelible classics like “God Save the King” and “Stars and Stripes Forever” and proclaim that “If you have an[y] respect for life, you will play it, laugh and curse the geniuses behind it.”

The game is already being propped as “game of the year material” by players, all of whom can’t help but praise it as one of the funniest games on the market. Shared footage seems to reinforce this idea, as the web gradually overflows with videos of users trying—and largely failing— to take on challenging tracks and prove that “Auld Lang Syne’ does not need to go that hard, but it absolutely can if it needs to.”